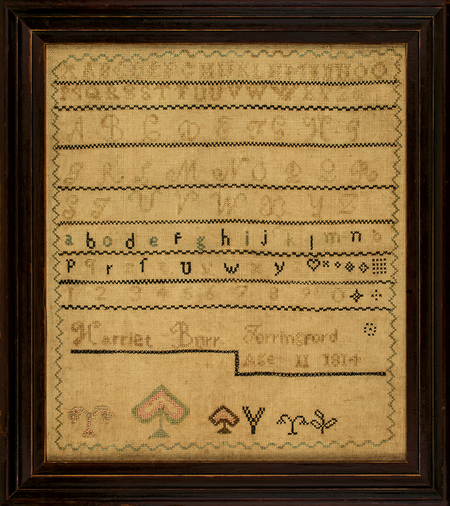 An endearing marking sampler with a row of interesting motifs along the bottom, this is signed, “Harriet Burr Torringford Age 11 1814.” Harriet lived in this interesting, historic neighborhood which is part of Torrington, located in Litchfield County, Connecticut. Inhabitants of the eastern side of Torrington found the swamp that separated them from much of the town, particularly the churches,  to be problematic and they petitioned the Town Assembly to create a separate entity - thus Torringford was formed in 1763. The Burr family was among the list of Torringford settlers prior to 1769.

A General History of the Burr Family with a Genealogical Record from 1193 to 1891 by Charles Burr Todd (New York, 1891), provides detailed information beginning with Benjamin Burr, one of the original settlers in Hartford, Connecticut in 1635. Harriet was born on January 13, 1803, the daughter of Reuben and Martha (Wilson) Burr, who indeed lived in Torringford. In 1831, Harriet married Lurandus Beach (1803-1883), and they lived in Lawrence, Massachusetts where Lurandus became a prominent soap manufacturer. According to History of Lawrence, Massachusetts with Portraits and Biographical Sketches (Hammon Reed, 1880), the soap company enjoyed a world-wide reputation for excellence; it was continued by their son, Lurandus, Jr.  Harriet died in 1876.

The sampler was worked in silk on linen and is in excellent condition. It has been conservation mounted and is in an early 20th century molded frame. A photo of the reverse of the sampler indicates that it retains virtually all of its original color. 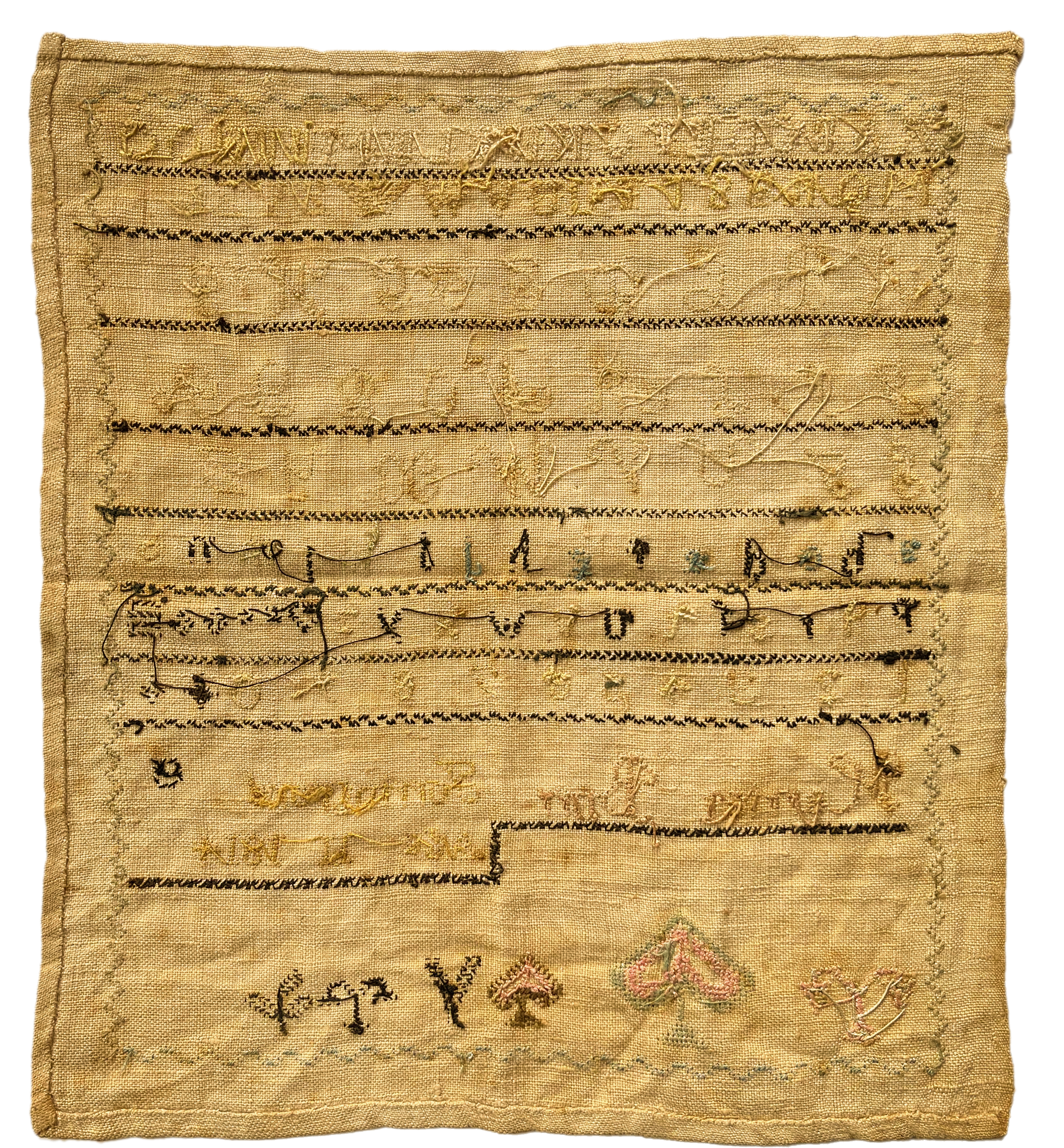